In my previous post, I described how I made an Arduino-based MIDI-to-Trigger converter so that I could combine my love of old-school arpeggiators with newer MIDI-equipped drum machines.  I gave a video demo of me driving the arpeggiator of my Korg Mono/Poly using the MIDI Clock output from my Korg Kaossilator.  In this post, I take it one step further.  Today, I'm going for gold...I'm going to drive two arpeggiators at the same time.  Twice the fun! 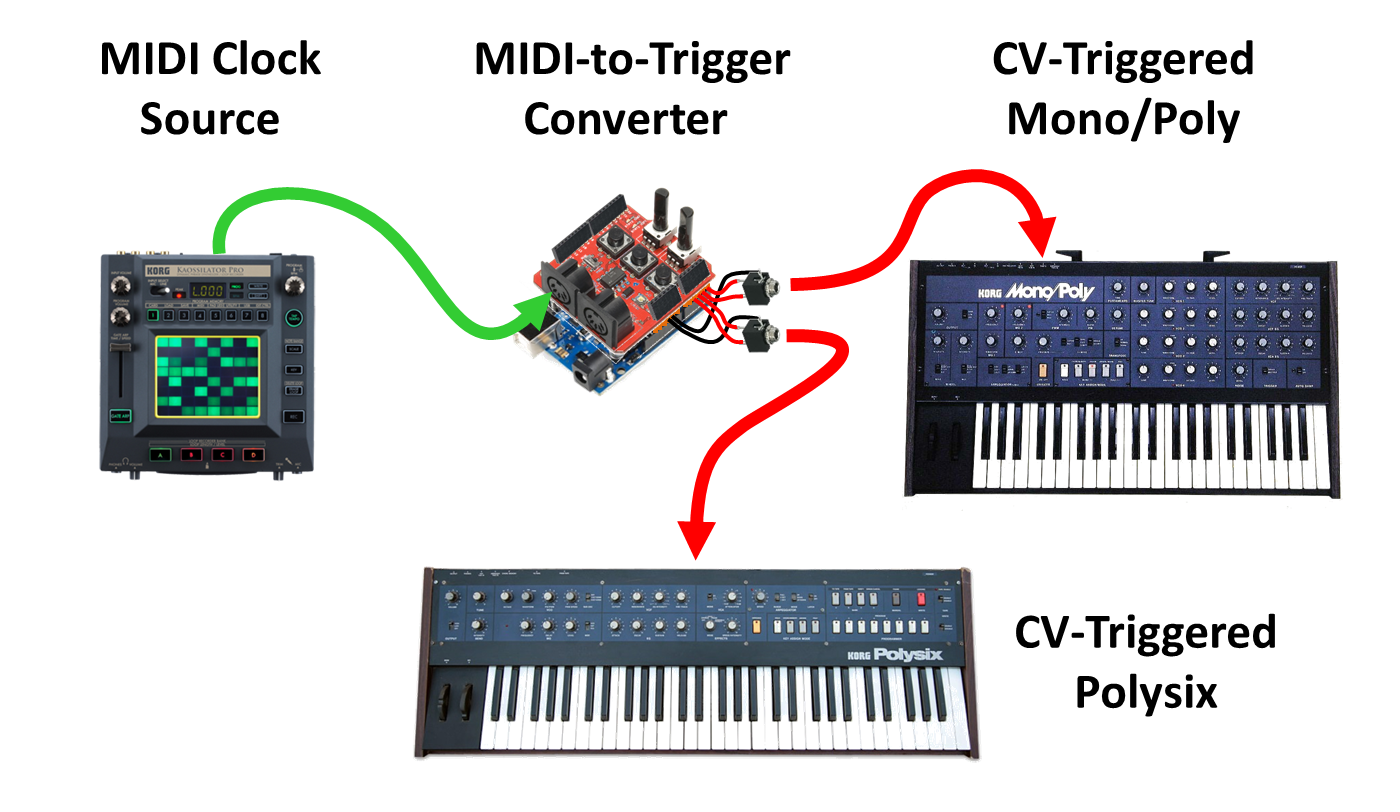 
Below is a demo using this setup.  It is a single-take where all instruments are playing live without any sequencing or anything from the computer.  It's just the arpeggiators from the two synths and the Kaossilator.

A key feature of the track above is that I set the arpeggiators to play at different rates.  I did this using the potentiometer knobs on my MIDI-to-Trigger converter.  The effect is apparent right at the beginning of the track where the Polysix is playing one note every four beats whereas the Mono/Poly is rippling out eighth notes.  The Kaossilator is providing the drums.  Without my MIDI-to-Trigger converter, it would not have been possible to keep the drums in sync with the two arpeggiating synthesizers.  It's much more fun this way.

For a second demo of this setup, the track below is also a live-recording of the Polysix plus Mono/Poly plus Kaossilator.  In this track, though, the kick drum and snare sounds are actually being produced by the Mono/Poly (it's a very flexible synth).  The arpeggiating synth is the Polysix.  Everything else (hi-hats, bass sounds, leads) are all from the Kaossilator.

So, that's the fun that I've been having hooking everything together.  Sure, by modern standards of EDM, this might not be too exciting...but I could play with these kinds of sounds for hours.  I just love the sound of it all.